So I wanted to share some recipes for food I’ve recently made.

I’ve had this hummus recipie infographic saved for a while. I made the Classic and Tapanade versions.

Both turned out pretty good and were not difficult. I do recommend using a food processor, and not a blender. Ahem.. a friend told me that a blender would have trouble mixing everything because the the mixture is so thick. You don’t want the bottom half to be mixing while the top half is stuck in place.. 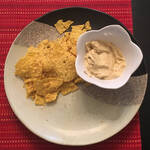 Not sure what to call this. I found the idea from [this Reddit comment]. I had already made some hummus, so I made the sandwich. It’s bread, hummus, cucumber, black olives, bean sprouts, black pepper, a drizzle of olive oil, and feta cheese.

I was a little unsure about how it would taste, but it was quite delicious. I had it for lunch several times. 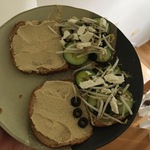 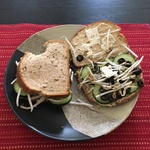 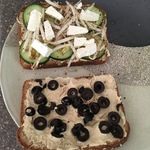 This is something else I found in a Reddit comment. Mix in Chorizo with your ground beef, then grill it.

The best ground beef for brugers is 80% lean because you want there to be some moisture (and flavor) in the high-heat grill. I also use the Mexican-style chorizo (brand: La Banderita) which is intended to be removed from its casing and cooked. Its essentially ground sausage (rather than the typical sausage link).

I didn’t measure exactly, but I estimate that I used a 75% ground beef and 25% chorizo mixture. I also tried a roughly 67% ground beef and 33% chorizo mix, and that worked well too. No preference, but I wouldn’t go higher than that because the chorizo has fat in it too, and it got pretty fatty.

Came across this granola recipe and decided to give it a go.

First off, this makes a lot of granola. I filled a 2+ liter container. In hindsight, I would use 6 cups of oats. The rolled oats come in 12 cup containers at the grocery store near me, so that nicely makes two servings.

Also, you can completely improvise on the ingredients. I added more nuts as well as chia seeds, and dried mango and dried cranberries. And Trader Joe’s has a great selection of nuts as well as dried and freeze-dried fruits.

This turned out really great, it’s crunchy, sweet, and filling. It’s not hard to make and there’s no added sugar, just what’s naturally in the fruit. Two thumbs up on this recipe.

I’ve also had great results mixing this granola into nonfat Greek yogurt. Greek yogurt also has a lot of protein in it, something I didn’t realize. 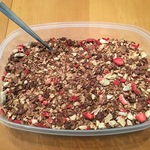