I was having some issues with some Zigbee devices not reporting and going “offline” for long periods of time. I also noticed that these devices were physically far away from my CC2531 stick.

I followed the steps on this Hackaday page. 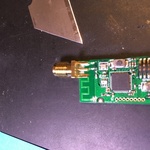 In short, we cut the original antenna and solder in a antenna connector. With that in place, a larger, external antenna can be used instead of relying on the small built-in antenna.

To also help with the range, I followed some steps on this page.

First, using a USB extension cable to move the CC2531 away from the computer. Then I changed the channel of the Zigbee network to 24. (All my Wifi networks used either channel 1 or channel 6.) Changing the channel required repairing ALL DEVICES, which was a PITA.

I found out it’s possible to create a Zigbee router, using another radio similar to the CC2531. This radio can operate without a computer, and just relays signals for oter devices. The page on the different types of Zigbee devices is worth reading.

It also bring the benefit of extending the 20 device limit of the CC2531, which I am at or very near. I hope this would really help with extending the range of the far-away devices, by acting as a middle point between the device and the CC2531. 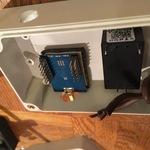 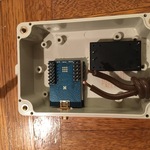 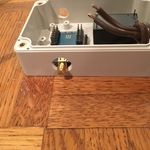 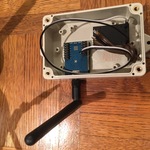 A future improvement is to use a larger antenna. I left room to accomade this. I also used a liberal amount of hot glue over the exposed wires of the (120 VAC) extension cord. I definitely want them to be secured and isolated.

Honestly, the results were underwhelming. First, I didn’t take proper “before” measurements, so I don’t have hard numbers to use for comparison. But from observation, I noticed that I don’t have any more dropouts anymore. So I think there was definitely an improvement.